Necessity pushed them to innovate and create

Necessity forced them to quit their university. Necessity pushed them to innovate and create. Meet Badreddine and Ihab and get to know more about their innovative project.

Necessity forced them to quit their university. Necessity pushed them to innovate and create. Badreddine Koussani a 20 year old Syrian citizen and Ihab Osman a 21 year old Syrian-Palestinian citizen had to quit their studies in Communication Engineering and in IT, respectively, upon fleeing Syria. After arriving to Lebanon, the two sought preliminary studies, and applied to GIL program. The GIL project is conducted by INJAZ Lebanon through the funding of the Embassy of the Netherlands in Lebanon and the German Embassy in Beirut with the support of UNICEF Lebanon.

For the requested GIL project, Badreddine and Ihab listened closely to their community's pain and considered the GIL trainings as the best addresser to them. Looking carefully in their surroundings, Badreddine and Ihab found that many of their relatives, who currently live in camps, have a common suffering; that of cold, of lack of electricity supply, and of accompanying health issues like asthma induced by firewood and diesel consumption of the fireplace. From here, "We thought about an idea that would relieve them from all these burdens. We conducted our research and tried to come up with a project idea that would benefit our community, tap on its concerns, and harness the power of the solar energy. We finally arrived at our project idea; that is a solar heating system," said Badreddine.

During our chat with the team, the two GIL participants reflected that they were not confident about their project when they first started the trainings; however, after they built a prototype, tested it, and installed it on a tent in the camp, they changed their thinking. Upon the testing, the two young enthusiasts realized that their system can actually reduce their community's consumption of electricity and diesel by about 50-60%.

The most exciting part about Badreddine and Ihab's project is the fact it is all built by them from scratch and mainly through recycled material. "The device is composed of wood panels that form a box, soft drinks cans that we empty then form into tubes and later on glue every 8 together. After gluing, we spray the cans with a black paint color as this color absorbs lots of sun light.... After lining them up in the wooden box, we cover them and the box up with a glass shield, which we then started to replace with a plastic shield so to reduce the risk of it getting broken. After the alignment, we connect the box to a fan that also operates on solar power. The fan's job is to take in the cold air into the device. Due to the hight temperature of the tubes, the air in them gets warmer before it exits from the other end of the box, releasing the warmer air inside the tent that has our device installed on its roof. This is the same concept as the regular heater; however, it is fully operated by the solar power," explained Badreddine.

"The GIL project was such a turning point in our lives. In the GIL training we learned a lot of things; whether moral, as in how myself and my partner are to work as one team and how to move away from selfishness, how to depend on one another, how to have a successful business plan, how to conduct a financial study, among many other things. These are the most important for us as they helped us a lot morally and financially. At the end we are brought closer to launch our project," reflected Badreddine.

From the simplest raw materials Badreddine and Ihab aim to warm up the hearts and lives of tens of refugees in the camps. And here they stand confident next to their very first prototype. 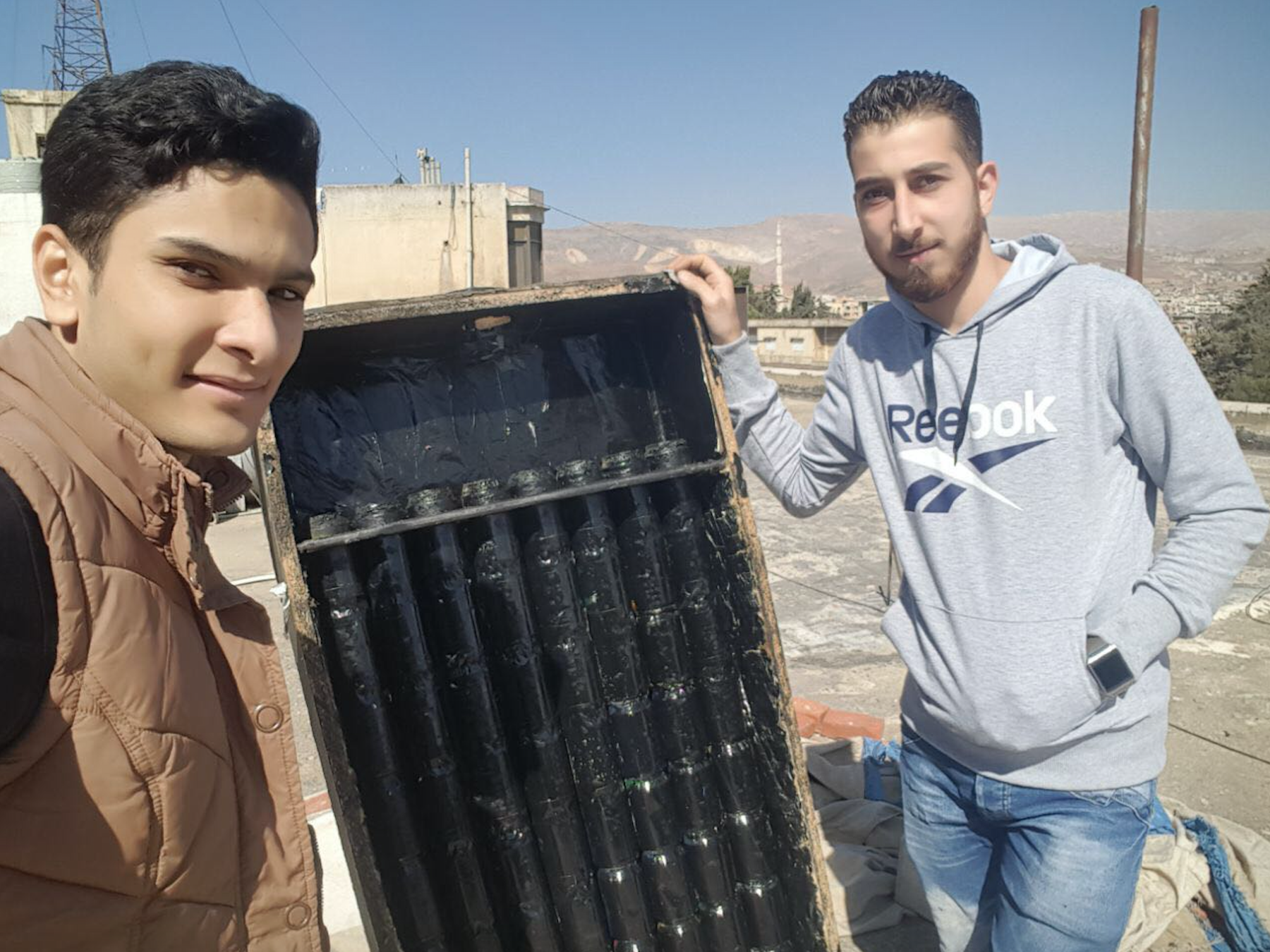