The Girl with a Golden Foot

At age 10, Nathalie picked the right sport that was her passion – football. She was in love with the beautiful game and began to play at a very youthful age. As she grew up, the number of people who criticized her grew as well. It was challenging for

Born in a conflicted area of Jabal Mohsen in Tripoli, Nathalie Massoud, a 19-year-old Radio/TV student, was destined to achieve big goals. Being the eldest in 6 siblings, she had to face an early setback at a young age of 14 when her father passed away. Struck with grief, Nathalie didn't compromise on her dreams and kept striving hard to get what she wanted the most. 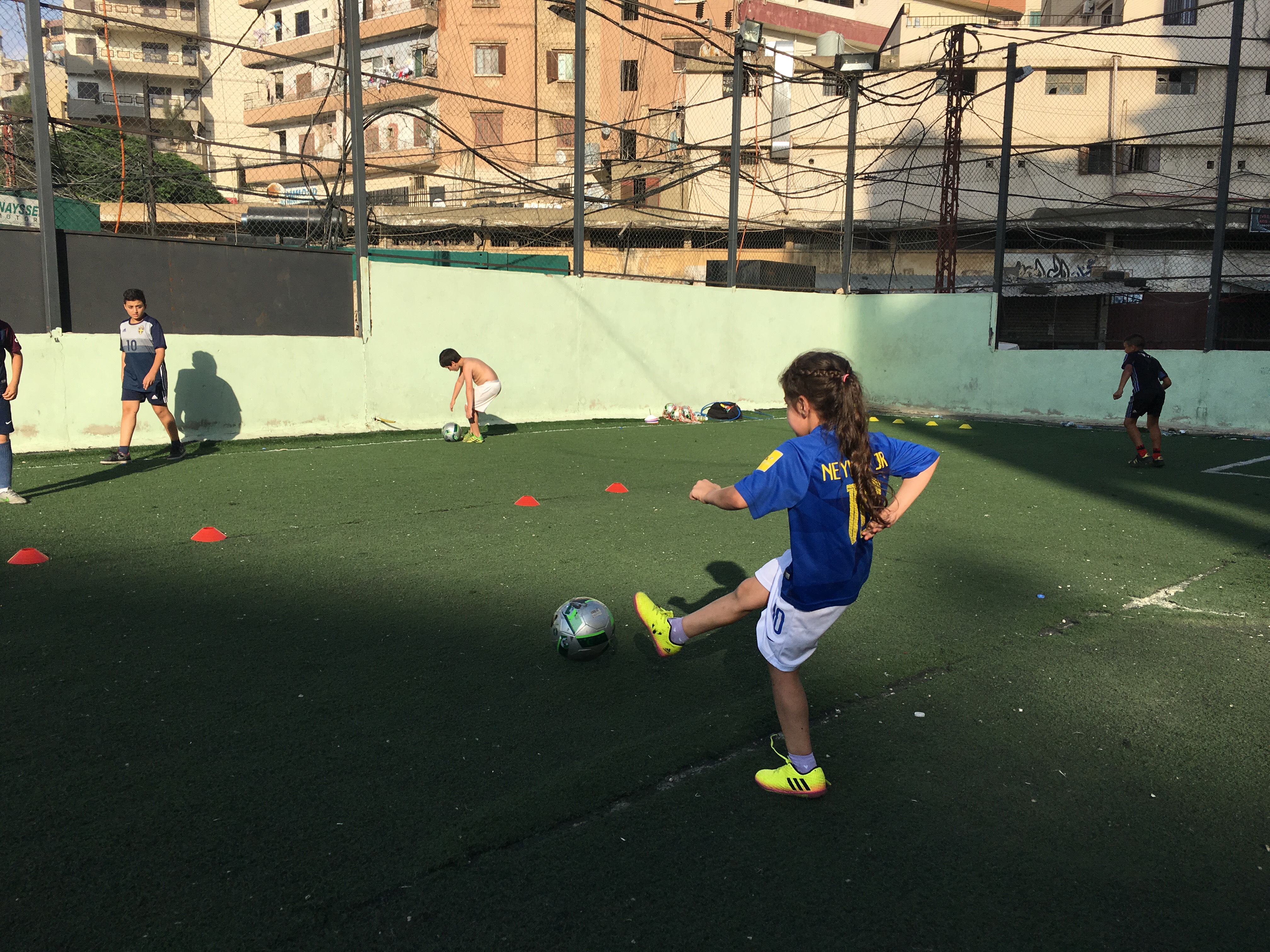 At age 10, Nathalie picked the right sport that was her passion – football. She was in love with the beautiful game and began to play at a very youthful age. As she grew up, the number of people who criticized her grew as well. It was challenging for her to become a female footballer. Instead of letting harsh and unfair criticism break her, she devoted herself to the game and made football her only and ultimate passion. Her perseverance and struggle earned her the fruit in 2017 when she made into the United Tripoli team and participated in the national football competition for girls. Because of her amazing performance, her team made it to the semi-finals. On academics front, she continued to put effort in and at 19 years old, she has successfully completed her first year in university where her major is Radio/TV.

While volunteering at an organization in Tripoli, Nathalie found out about the GIL project, powered by UNICEF Lebanon and funded by the German Embassy and the Kingdom of Netherlands, and she quickly decided to join. During the GIL entrepreneurship training held by INJAZ Lebanon, she learned a lot about project planning, budget forecasting, predicting probable scenarios and other organizational and strategical techniques - things that I never knew or even thought about”, she says. On a personal level, she gained immense self-confidence and self-esteem especially while presenting in front of the jury during the pitching phase She learned how to improve her body language and how to engage the audience through subtle movements and eye contact.

When it came to choosing her project, Nathalie followed her ultimate passion and flair for football and decided to found the Nachos Football Academy for children aged between 8 and 13. With the support she received through her participation in GIL, She was able to rent a field, acquire sporting equipment, and spend on marketing. She took the modern approach of marketing by advertising through social media and other digital channels. She kept the fee to a bare minimum at $20 per month so a large number of children can benefit from the academy. Her training plan consisted of 2-hour sessions two days a week which she plans to upgrade to 3 days during summertime. Nathalie says about her success:

Participating in the GIL project opened new doors for me, my dream was to create something for my own and to be able to make my own revenue and support my family. And here I am, making my wish come true."

According to Nathalie, the core objective of founding the football academy was to create an effective space for children where they can participate in their favorite sport and spend their time engaging in a healthy activity. Football coaching isn't the only thing children receive at her academy as Nathalie takes 15 minutes of time before every session to prepare children for the real world challenges. She highlights how staying in school and getting an education can transform their future.

Apart from her contribution toward football and children, Nathalie is a fierce advocate of women empowerment and gender equality. She doesn't only train girls to play football, she also teaches them how to face the criticism and stay passionate about their game. If time demands, Nathalie isn't even afraid of meeting girls' parents to convince them personally as to how football can positively affect their daughter's life and how it's no different than a boy playing football.

Nathalie is just 19 and she's just getting started. Her future plan is to get her academy accredited by official sports federation in Lebanon to make her team of girls and boys participate in local competitions across the country.

Nathalie is a girl with a golden foot and a golden heart.